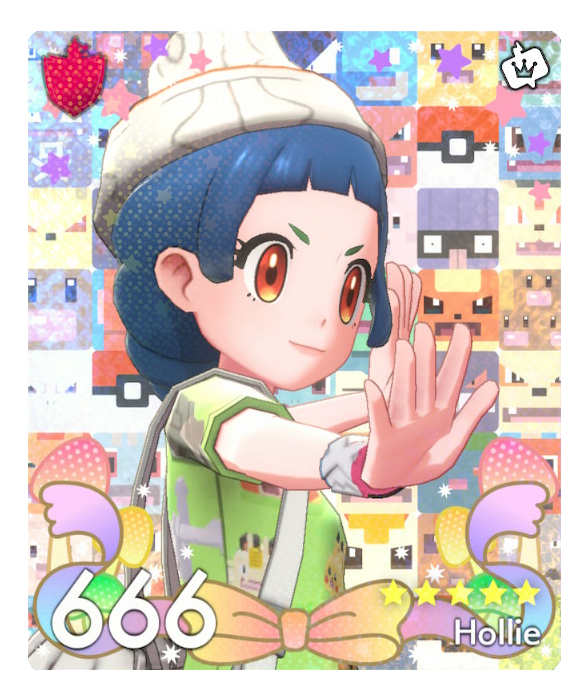 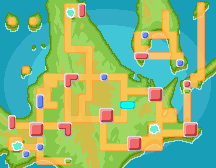 relatives: mother
Her mother is a wildlife photographer working for the Pokemon News Press. Hollie would often stay with the old couple at the pokemon daycare while her mother was away for work.

Hollie's hobbies are collecting bottle caps and sending mail to her friends and family back home. Tropic, retro, and glitter mail are some of her favorite stationery sets.

)
quirky and often lost in thought
Hollie's partner since childhood.

golbat
female; brave and somewhat vain
Golbat's cuteness and toughness are maxed. She is most proud of her smile ribbon despite having won many other more prestigious awards.

toxtricity
male; careful and alert to sounds
Toxtricity was given to Hollie as a newly hatched toxel (from the pokemon nursery on route 5). He seems to no longer respect Hollie after evolving...

I left my past few pokemon games unfinished so I was against buying SWSH at first, but it honestly ended up being one of my favorites. I recently checked my XY file (the last one I finished) and it said I had 59 hrs on it, so I was pretty surprised to see I had 500 hrs on SWSH by the end of 2019 heh heh. This was also the first game where I completed my regional dex and even shiny hunted my first pokemon! I had a lot of my first pokemon experiences in this gen, actually. :P

I love all of the QoL improvements for this game LOL I love ...easy. I really enjoyed joining pokemon raids with my friends! Hop is my favorite character in the game and ended up being one of my fav rivals too. I am also a big fan of Sordward and Shielbert.

After finishing the main game, I decided to try completing my regional dex, since I was already almost there, and finish collecting all the trainer cards. After running out of things to do, I attempted my first shiny hunt: a route 1 male wooloo to name after Hop, but first I needed to somehow get another friend ball... Well it was tough but I managed to get my boy. The second shiny I caught was a completely random raid ditto. I spent the next few weeks hatching eggs after that. I felt lowkey crazy tbh LOL. I also ended up reviving all four shiny fossilmon. Drooly, my dracovish, was the first I revived and is my favorite. They are all so cute and their lore is so funny!!!!

I started this file playing as my pokemon OC, but she ended up becoming someone completely different. A pleasant surprise, I guess?! I even came up with a new backstory for this Hollie... I'm excited to play as her again once the DLC drops. What I am most excited about is the inclusion of my favorite pokemon, Golbat! Also here is to hoping that Avery gets more screentime than poor Sordward and Shielbert. Maybe the three will even ...interact. (Well, no one can stop me from dreaming at least!)